March can be a strange month, coming out of the winter into the spring, each year is different here.
And the pikes usually start spawning around mid march if the conditions are right.So the catches can vary a lot.Its all about location and mobility at this time of the year if you want good results.
Don't stay on top of pikes spawning if you see them, one thing, you will not catch much and two let them be in peace, building the future stocks.
I like to move a lot at this time, travel light and fast, often fishing  two, three maybe four different loughs to find the one where they have finished spawning. It's like the lottery...
Guests are averaging 5 to 12 pikes each every day at the moment, nothing big, mostly jacks and a few 90+ girls, some full, some already empty.
We had an easterly front all last week, sunshine, little winds, not the perfect piking weather.But from today we are changing, back from the south bringing rain and wind.Hope next week will improve.
So a little video is due for march, from scouting small mountains streams for some trouts this summer to the beautiful spawning grounds we have in the neighbourhood.Enjoy.

A few of my latest ties, can't wait to get out now..But i am well busy behind the stove cooking for the clients...An other 10 weeks of work then its my time to play! Dates available for summertime guiding, boat or float tubes. Contact me if you fancy a day out: norbertfwa@gmail.com 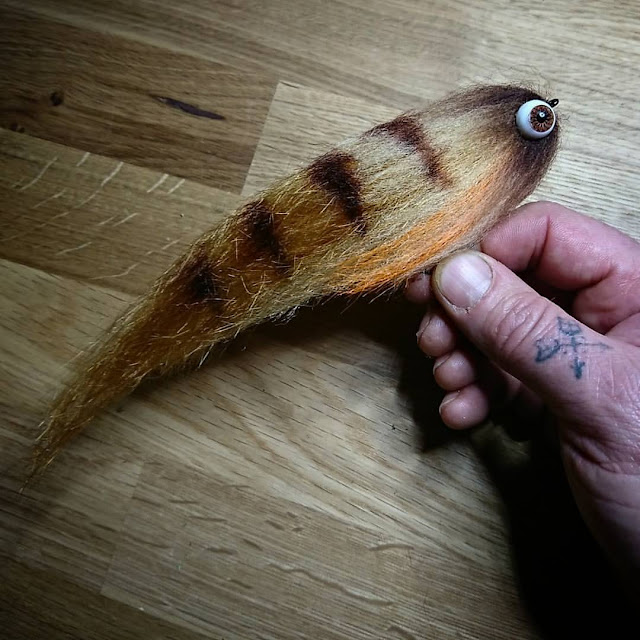 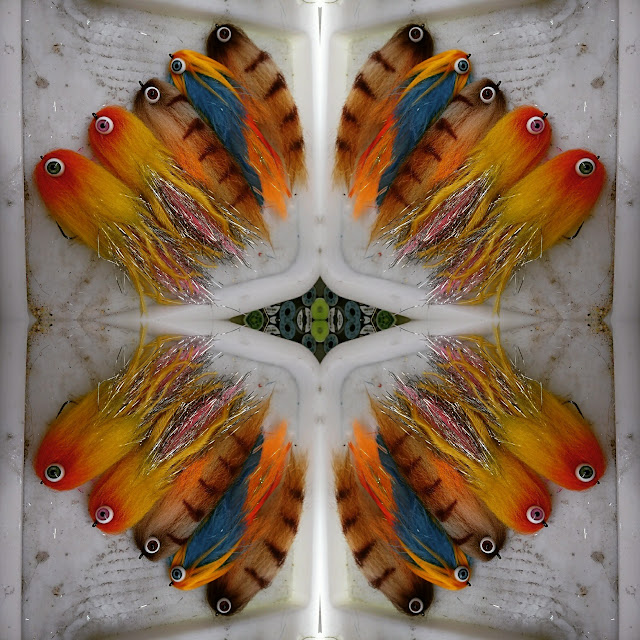 Posted by Norbert Renaud at 16:53 No comments:

One of the best part of fly fishing is the fly tying. Creating your own flies, your own patterns and catching fish on them. And the best part of fly tying, is that its virtually limitless. Not only you have access to an extraordinary amount of materials in the shops, but there is so much out there that's not ( yet) commercialised. All you have to do is look, be adventurous and inventive.
This is how i started looking into a different breed of materials.We are all used to the naturals, hair and feathers, and of course the synthetics. But i never seen any vegetal fibres used.
I am not trying to reinvent the wheel here, but to simply broaden my horizon. New fibres are developed constantly for the textile industry. Stronger, lighter and a great choice of colors. The ones that really got my attention were the stronger ones of the bunch: bamboo, hemp and flax. At this stage you are allowed to think that i am crazy and walk away....
Bamboo: it looks and feel exactly like polar fibres (made by H2O). Same length and the feel strangely identical. I have made brushes with bamboo and i am very pleased with the results. It moves very well and looks durable. It could be a great replacement for making collars and heads on pike streamers.
I am sure that it can be used too for making small trout streamers as well ( i will make some in the very near future).


Hemp: one of the toughest fibres out there, used for hundreds of years from textile to ropes on ships.
It feels very soft to the touch and its very user friendly to make brushes with it. It takes on water very well...Maybe too well...As expected it soaks up water and holds on to it giving the effect of  a wet sock. I tied a couple of game changers with it and the final result is pretty slick.Maybe a mix of 50-50 hemp and synthetic fibres could be better...

Flax: it's the longest fibre that i have tried, it feels and act like icelandic sheep. But i have my reservations on how it will last in the long run.

I have tried banana fibres, but these are very thin and not very good for fly tying ( maybe to make dubbing?)  But i don't thing it will have a long shelf life.

I will keep on experiencing with these fibres, but for the moment, the bamboo looks the best.

Posted by Norbert Renaud at 08:54 No comments:

The February edition arrives a little late due to very bad weather. Low light, wind, and rain kept me grounded. Just managed to fly a few hours on the morning of the 1st of March, sunny and light wind, perfect for the first "big" flight with the Mavic pro.What a drone!

Posted by Norbert Renaud at 10:53 No comments:

Some cool "new" hooks have landed on my desk this week thanks to AHREX HOOKS from Scandinavia. There is a constant evolution in flytying materials, especially for the predator tier. New flashes, new fibres, new heads and the list goes on. But the hooks generally remains the same. So i was very happy when the guys at Ahrex contacted me to send me some samples of their predator range. 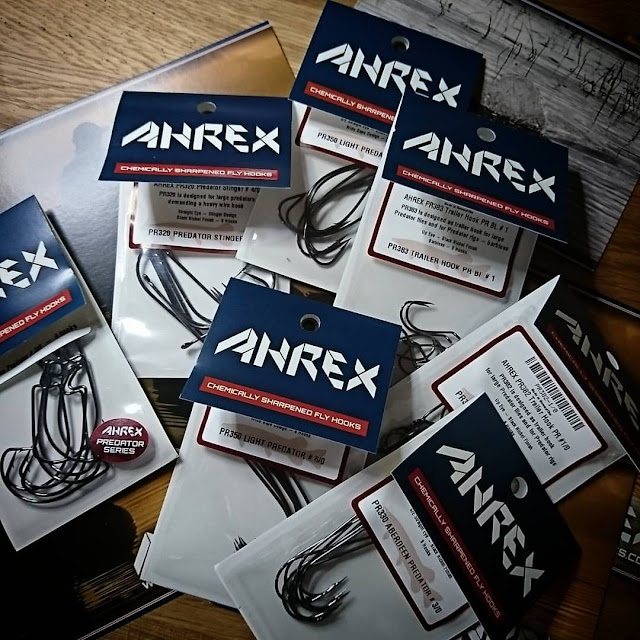 First, before i get into these hooks, let me tell you my views on pike hooks. And it's simple: stay sharp and DO NOT open! I often get strange eyes on me when i play a pike, as i like to play them quick and hard. Now we have to make the distinction between stupid brute force and playing a fish hard.You still need finesse, especially with big pikes.If ever the fish is fought with the reel, my drag is set tight. I fish a lot in confined spaces, rivers with hidden logs and roots, heavy strong vegetation in summer.So i cannot afford to let a fish dictate the fight. Always try to stay in control of your fish. I have been lucky to get many memorable pikes , some dirty fighters, other using just pure force, but i never had one (yet) that took me into the backing.
Why play a pike hard? Two reasons, one the fight is shorter.The fish is less stressed, conserve energy and you can be assured of a strong release. The second is not to loose a fish , in snags, under the boat or other catastrophic situations.
I have tried many hooks , and many did let me down. Some are too soft and open too easily others dont keep their quality and sharpness. Usually  hooks that get blunt easily are very hard to sharpen back with a file as the steel is too soft and a diamond file just melts the hook away.
Some other hooks held very well...Until the day where you hook a big , fiery pike and the bast@*d opens just enough to loose its grip. My favorite hooks have been the same for a long time now, the Gamakatsu SL12S,from 2/0 to 8/0. It's only downfall is sometimes it's short shank .These primarily saltwater hooks are just amazing, some i've reused three, four times, tying new flies over and over them.
The second is the Sakuma Manta XL , usually the 6/0. This is an other solid hook, one slightly open on me one day but i never lost the fish.
So my first impression from the Ahrex hooks, they look very good straight out of the pack, sharp, nice shapes, black nickel , eyes are well finished,(maybe they could have a slightly larger eye, but thats just me) the quality of the built is high standard.
On this picture we can see the range that they sent me, the two hooks on the far left are the ones that most of my flies are made of for comparison. Two types of very strong stingers, one barbed, one barbless. Perfect for those  wiggle tails flies. The Ahrex aberdeen in 3/0 feels a lot to the sakuma 540.( i had 540's opening on me some as big as 5/0's...)A nice little hook, but i tend to go for the stronger stuff. I'll keep them for my trout flies ... ;)
A texas one, nothing new here, looks good, will be useful this coming summer. 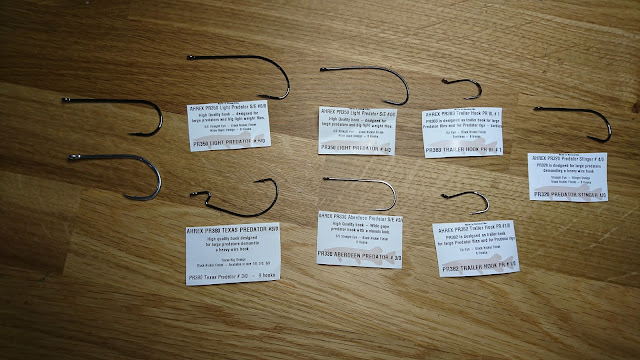 As you can see in this picture, these are the two hooks that really caught my eye. On top the Sakuma manta xl and under the two Ahrex, the PR350 and the PR320.The one one the left (PR350) is lighter than what i'm used to, but it does feel strong, i forced it by hand and on the vice and it feels good.I love the slightly raised point and that slow drop on its back, one thing that the sakuma doesn't have being an Aberdeen shape. 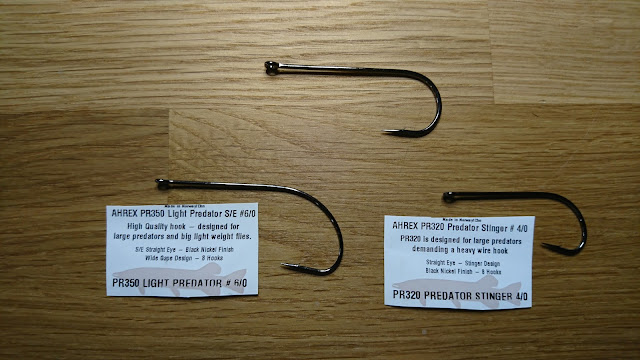 Now this was a very brief look at some of these hooks, i will soon start using them in my next ties, but the true review will come in a few months when i had time to tame a few big Irish girls. Again thanks to Ahrex, my first impressions are very good, and first impressions are always important.See you next winter for a more hands on review.
Posted by Norbert Renaud at 15:18 No comments: 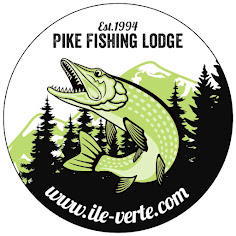 Epic Ambassador,click here if you need a new rod! 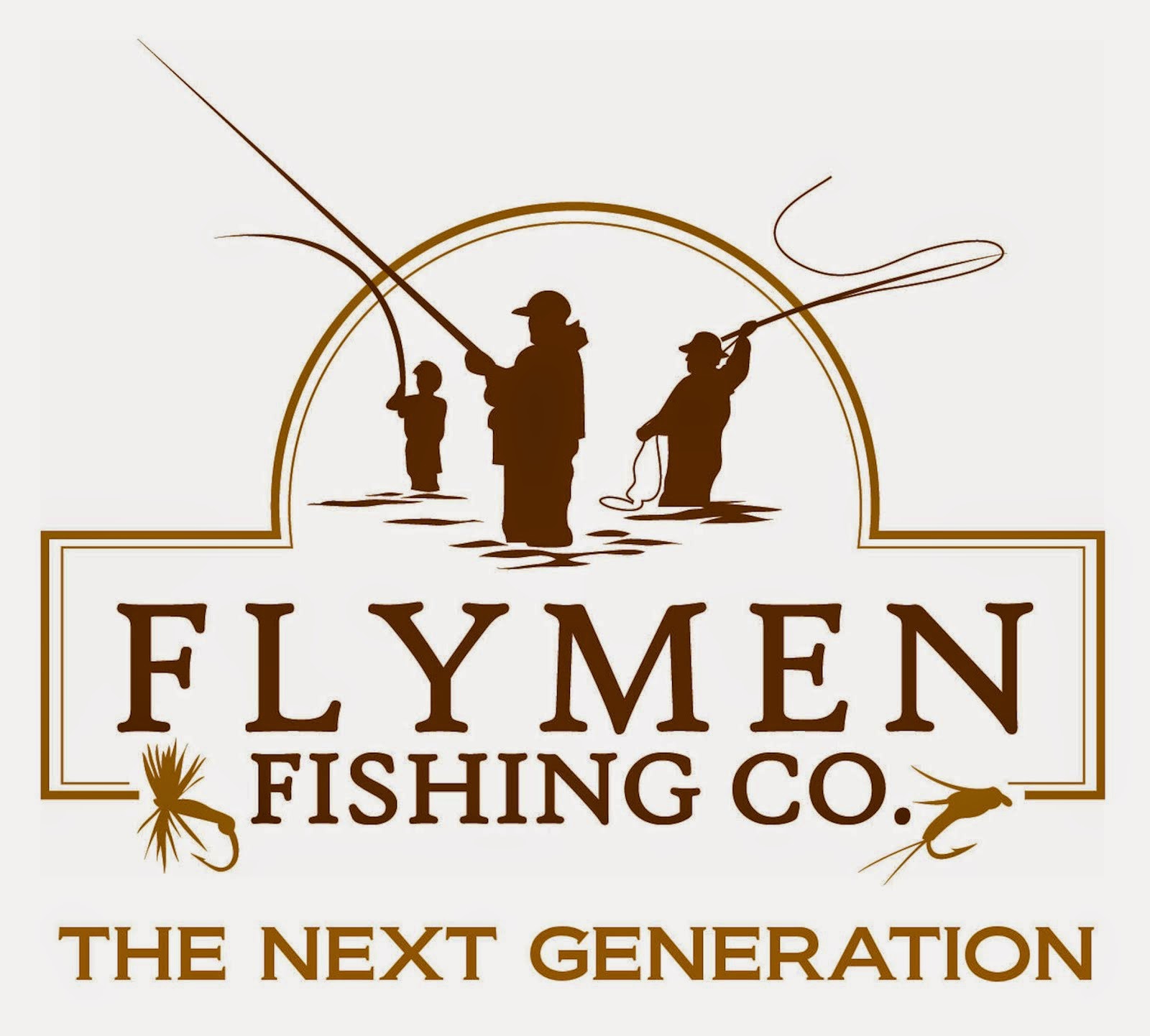 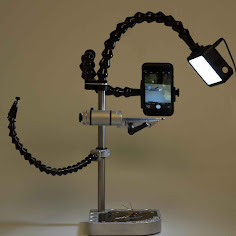